I caught up with Brit Selwood (neé Davis) ahead of her role of Australian Grand Prix Ambassador in 2016.

Brit Davis is a quintessential Melbourne girl with a bubbly personality and stunning looks to match.

It’s not hard to see why the 24-year-old was selected for the role. She proudly displays a passion for her hometown and the prestigious occasion.

“The event is known internationally and it gives me a chance to showcase Melbourne and show everyone what it’s like in the most liveable city,” she says. 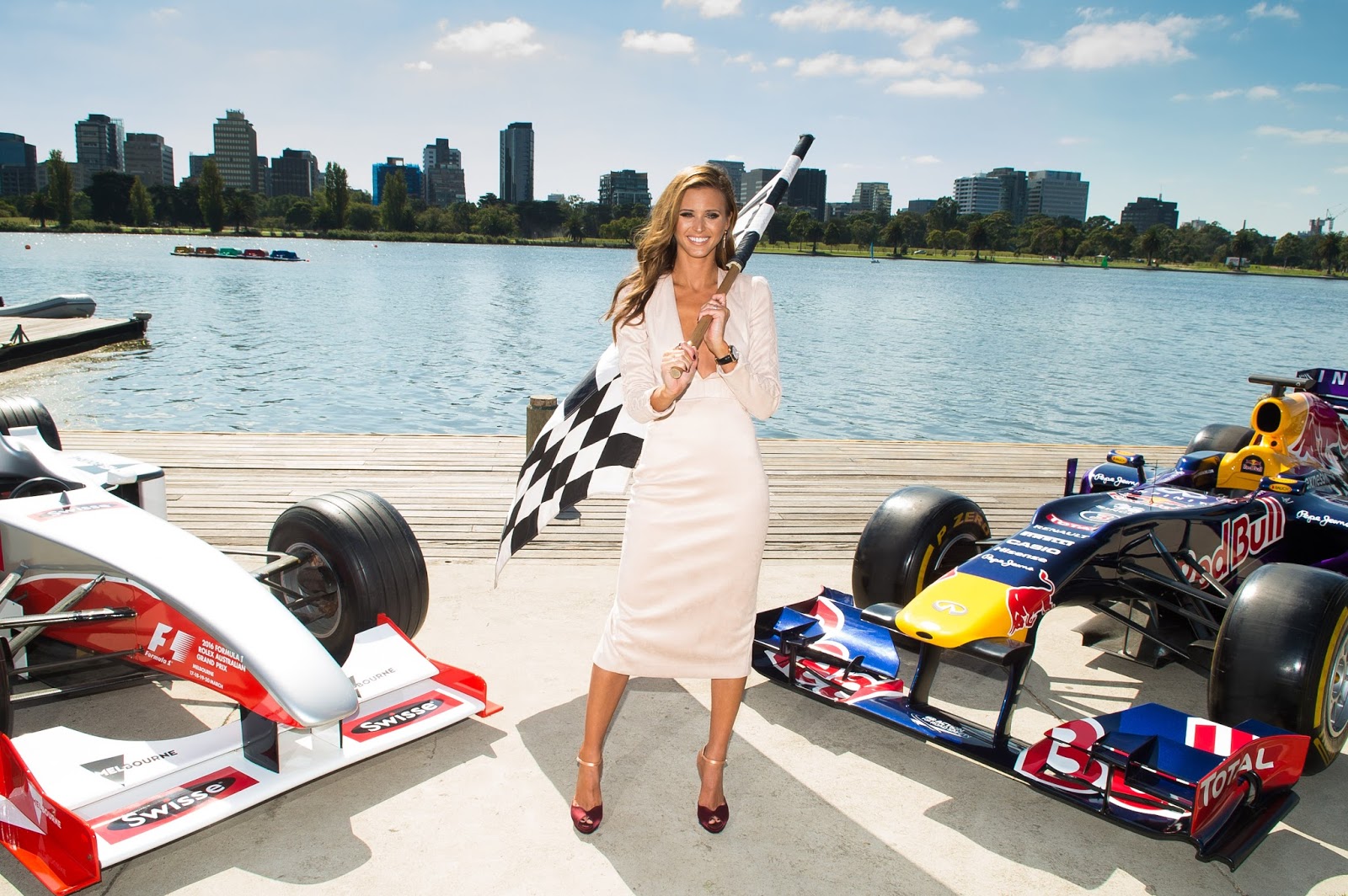 Brit grew up watching the Grand Prix with her dad and has since enjoyed the world class sport alongside boyfriend Joel.

Having recently completed a Bachelor of Education she’s taken the honour in her stride as she revels in the newfound opportunities that come her way.

“I feel incredibly privileged to be named as the ambassador and I think I’ve got the best opportunity to show off the sport and show how beautiful our city is,” she says.

Brit is also well versed in lending fashion tips as a long-time employee of Australian label Manning Cartell. So who better to ask for some outfit advice ahead long days spent trackside. Dress for the weather

“I always say dress for the weather! There’s nothing worse than being cold or hot at an event.”

“I’m loving flares at the moment, so I think flares and a cute top or even jumpsuits that are in at the moment are pretty cool.”

“Put together an outfit that you feel comfortable in because it’s a long day and there’s lots of things going on, heels that are comfy too.”

“I always carry lip balm! You’ve also got to have your lipstick to go with that.”

“From last year’s experience I would say a mini hairbrush or a comb as it was very windy and I wish I had one with me!”

“I always love Manning Cartel, working for them I think they have such a cool sports luxe look.”

“Zimmermann is always a favourite for summer and I’ve started buying a lot of Viktoria and Woods. For most basics I’m always a Witchery and Country Road girl.” 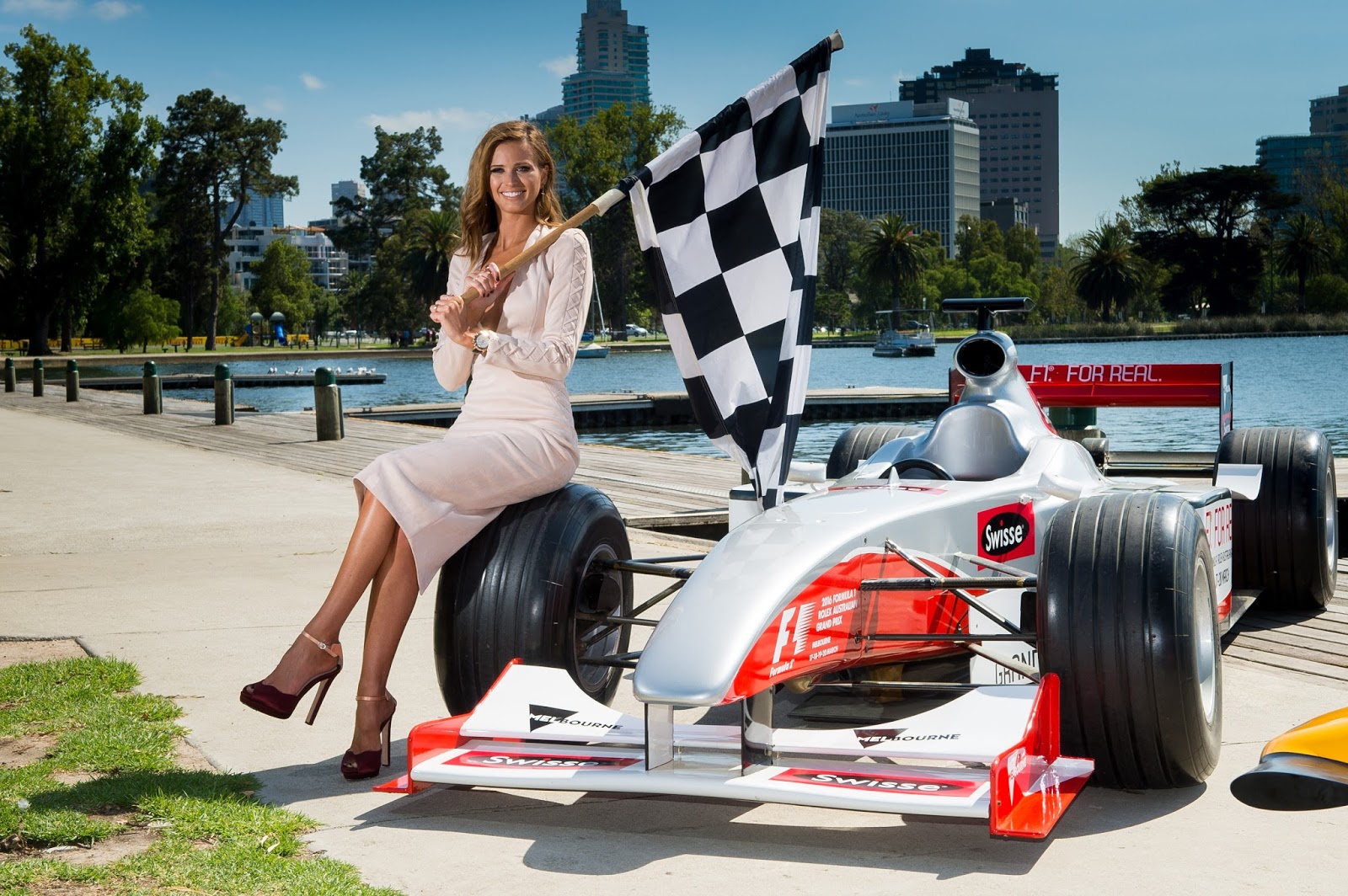 Brit’s partner Joel is a joint AFL ambassador for the Australian Grand Prix with his brother and teammate Scott Selwood.

But despite the couple each having high profile roles at this year’s event Brit is eager to branch out on her own.

“Our roles are kept pretty separate, which is good because I feel like I want to show who I am and what I’m about, but he’s always giving me pointers because he’s very good at his job!” She says.

The pair now share a home after Brit made the switch to Geelong and its laid back lifestyle.

“I get the best of both worlds with some great beaches and then Melbourne is just a short drive away, which is nice and easy,” she says.

“I’m just loving setting up home with him.”

Joel might be a breeze around the house but the midfielder is regarded as one of the game’s toughest players.

His courageous on field acts often leave him in the hands of trainers tending to a split forehead, bumps and bruises and the like.

“I have my eyes closed most of the time!” Laughs Brit on watching her other half in action.

“But he always reminds me that he’ll be ok, that he’s been doing it for years.”